Censere CEO, Brett Shadbolt, and Forensic Director, Peter Coleman, attended the 2nd Annual Momentum Events Oil & Gas Anti Corruption event at the Hotel Icon in Houston, Texas on the 22nd and 23rd of September. Speakers at the event included US regulators from the Securities Exchange Commission and Department of Justice as well as leading authorities in Anti Corruption from oil companies, oil supply companies, NGOs and other private and public sector organisations concerned about the issue of bribery and corruption in the Oil & Gas industry. More than 80 delegates attended the event over the two days. Brett and Peter were the only representatives from the AsiaPac region and brought some very relevant insights to the interactive sessions during the event. Key issues that came out of the event included a clear message from the regulators that the Foreign Corrupt Practices Act continues to be an important part of the United States Government's foreign policy and that US companies and foreign companies operating in this industry can expect increased scrutiny of their business activities in this high risk industry particularly in high risk countries. Fines in the order of up to US$500 million have been levied in recent times as well as the disgorgement of profits and other penalties. One critical statistic that was presented was that the average cost per day of a FCPA investigation is more than US$250,000 and many of these investigations will run for up to one year or more. Clearly the potential cost of failing to comply with the FCPA in the Oil & Gas industry should be a significant reminder of the need to comply. Censere has three of the most experienced FCPA investigators in Asia with Peter Coleman, Richard Batten and Rupert Utley. 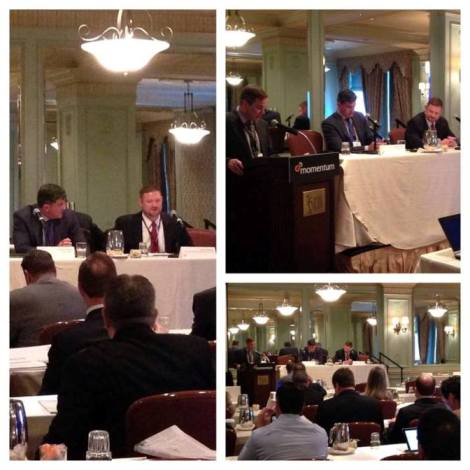